After a year apart, Maddy and I reunited in Poland. She was going to a philosophy conference in Warsaw.

“Meet me there and you can come with me,” she said, with her characteristic optimism.

“But…I’m not a philosopher…are you sure they’d let me in?” I hesitated.

The next week I was skipping to the train station practicing my Czech along the way — the short phrases I would need to say when it was my turn to approach the ticket counter.  I’m pretty sure I botched them, but the unamused lady handed over the tickets from behind the glass wall anyway. And weeks later I was on a train to Warsaw.

Flatmates for ten months, Maddy and I braved our first year in Liberec together, became better teachers together, overate pasta, overdrank wine, overshared our lives, and grew close quickly. After a complicated overnight train journey (which ended successfully only due to the help of seven, yes, seven different, good samaritans that came to my rescue amid train changes, detours, and obstacles at every leg of the way), I turned up in her hostel lobby at eight in the morning. And a sleepy-eyed, pajama-clad Maddy met me downstairs, where we launched into a steady stream of conversation, picking up where we left off last June.

Maddy is five years my junior, but I’ve always looked up to her. She inspires me with her ambition and her dedication to thinking deeper. She has a way of infusing you with enthusiasm about even the seemingly dullest of subjects. It was this enthusiasm that convinced me to let her practice teaching me a beginner’s logic class one night on my bedroom floor. She taught with conviction, and I listed attentively and took notes. I forget it all a week later, but in the moment it was hard to argue her ability to captivate an audience.

So when she invited me to this philosophy conference, I was most intrigued by the opportunity to see her doing what she loved in her domain, surrounded by people who actually knew what she was talking about. I was there to observe. And the lavish free food didn’t hurt either. But we needed a plan. I had to blend in, lest anyone should get suspicious. So, I would say I was Maddy’s research assistant. Together we were researching perception and the Philosophy of Mind.

At the conference I’m out of place and uneducated on the concepts that the people around me are buzzing about passionately. They’ve got posters and fancy words and hand gestures. I’ve just got questions. Most of it goes over my head, but there are bits I pick up intuitively and Maddy helps to translate, putting complex philosophical terms into layman’s language.

She wants me to learn and understand, and I’m grateful. I go around to the others’ poster presentations, where anyone can ask questions about their theses and spark an informed debate. But, I seem to stump them with simple questions. Perhaps my ideas are misinformed or too elementary for them to wrap their heads around. Or maybe they’ve lost touch with the ordinary world. But, it’s clear that we need Maddy as a mediator to communicate, like we’re sentient beings from different galaxies entirely. She can easily extract the meaning of something convoluted, leaving behind the superfluous to put it in ordinary terms. She understands how to make her deep thinking applicable to the real world — where I’m not sure the others know how to do that or why it’s important.

In a field dominated by men, Maddy holds her own. At the closing banquet, she holds court over captivated, aspiring male philosophers, who are charmed by her wit and humor. They form a circle around her, pull up their chairs to hear her speak, and hang on every word. With grace and humility, she dazzles them.  It’s a great gift to be here to watch it — a woman in her element.

After a weekend of philosophizing, I start reflecting on the philosophy of Warsaw and the ideologies that have changed and shaped Poland’s capital over the years. After all, it wasn’t long ago that Soviet leaders met in this very city to sign a pact imposing Communist doctrine, dominance, and architecture over Central and Eastern Europe. The Stalinist buildings, scattered all throughout the city, still stand in Warsaw and serve as remnants of an era past. But perhaps the most striking of them all sits at the heart of the capital, the towering Palace of Culture and Science (formerly known as the Joseph Stalin Palace) — a gift and reminder from the Soviet Union to the people of Poland. Given its location and skyscraper proportions, it’s unmissable from nearly every spot in the city. See what they did there?

Since its construction, the Palace has been a controversial piece of architecture among locals and, even though its been stripped of its nod to Stalin and its symbolic significance, some of that negative sentiment persists to this day. But the Poles seem to take it in stride, and the Palace — filled with cinemas, swimming pools, theaters, schools, and bars — appears to be a place full of freedom and life.

On the balmy, summer night that we decided to take our obligatory stroll to the Palace, a DJ was spinning hip hop, latin soul, and afro beat music outside, while the majority of those present took to the dance floor, swinging their hips, pivoting their toes, and letting loose under a calm, starry sky. Maddy and I, exhausted from a day of walking, sufficed to pull up chairs and watch. We marveled at the form and flexibility of the dancers, who stayed in step and on beat all night. Each step, each caress, added to the heady mix of light and free summery feelings. And all the while the Palace loomed overhead — the quiet backdrop to a subversively jubilant scene. 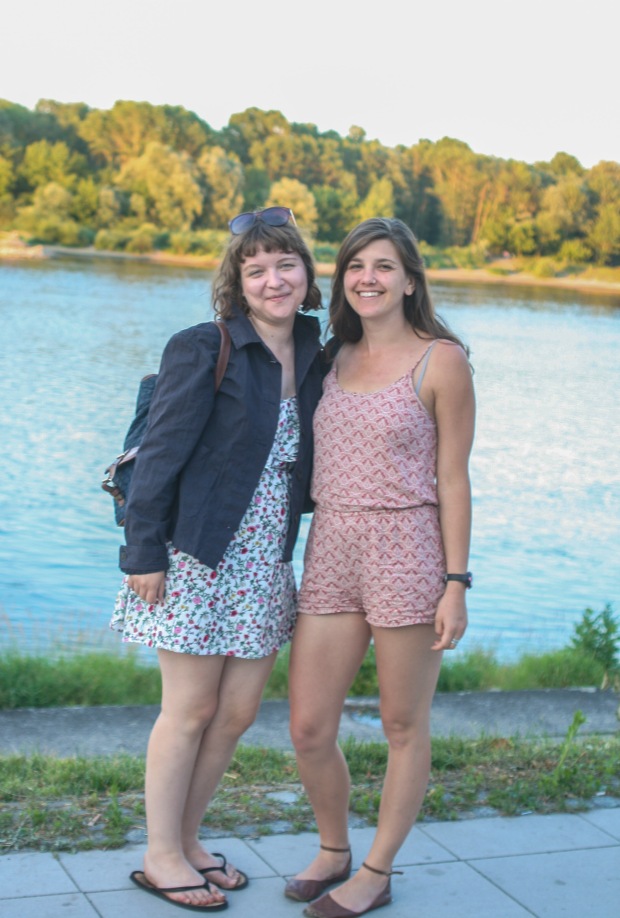 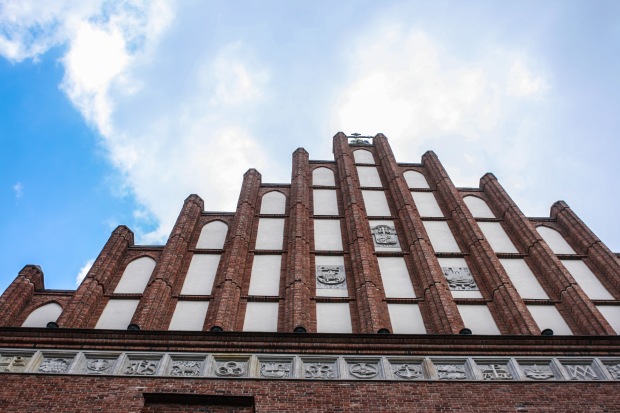 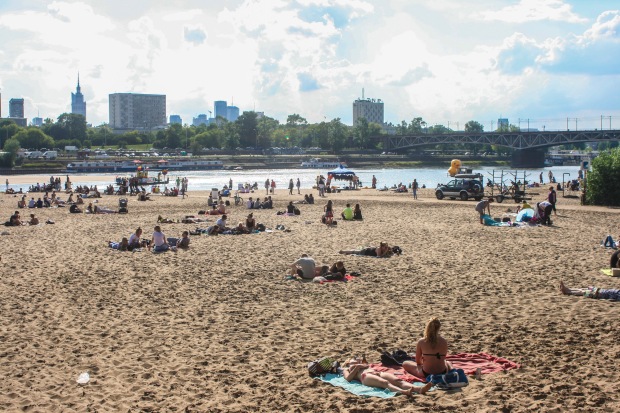 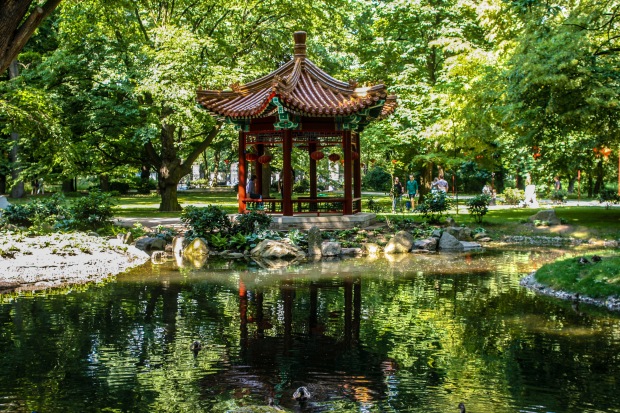 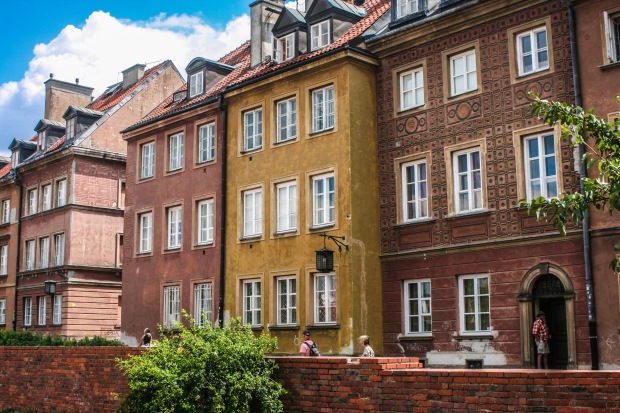 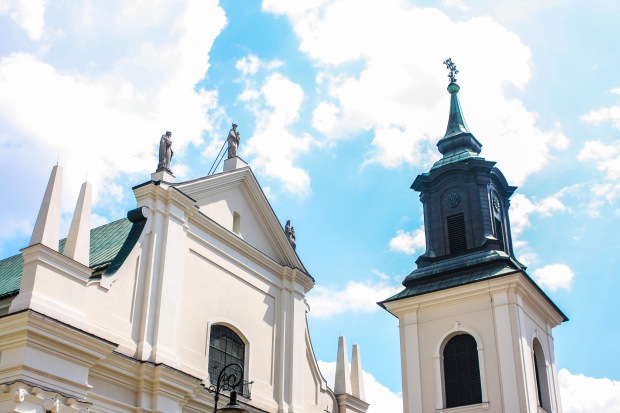 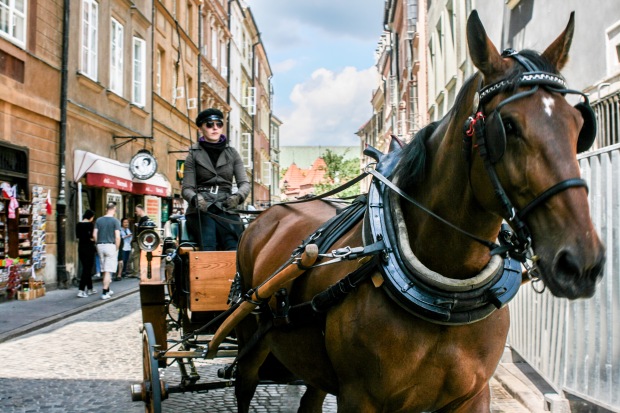 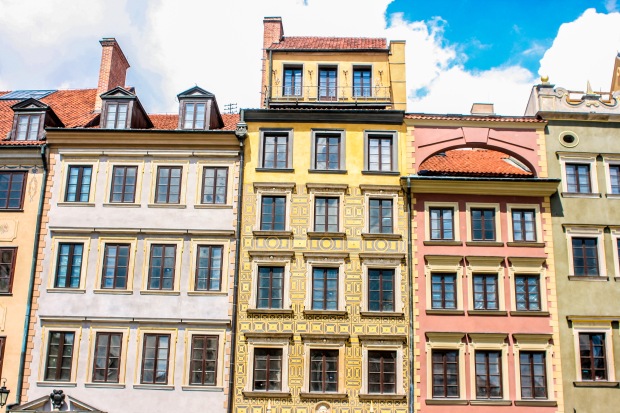 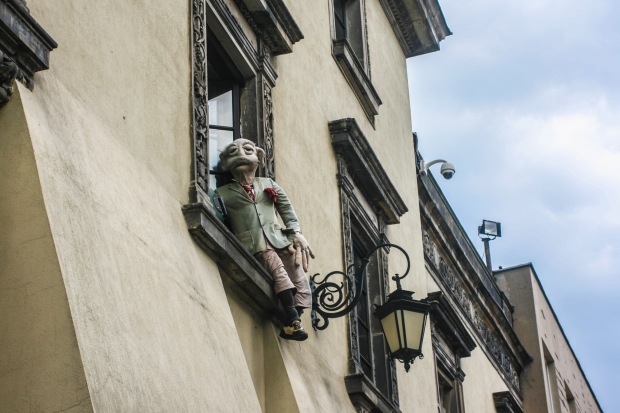 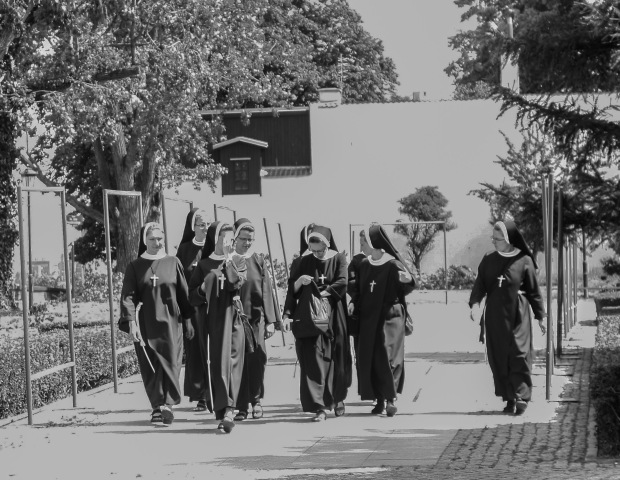 4 thoughts on “The Philosophy of Warsaw”