On Wednesday, December 5th the King turned 85 and the entire country took the day off to celebrate and show reverence. An unequaled, unshakable love and loyalty the Thais have for this man. As a sign of respect, everyone wears the color yellow, which I was informed of and mildly scolded for after being spotted in the city wearing a gray shirt after my morning run. At school, the day before his birthday, we decided to forgo classes in favor of signing odes to the King, chanting who-knows-what in Thai, wearing traditional Thai costumes and posing for non-stop photo shoots in front of a massive portrait of the King. Naturally. We were also joined by all of our students’ families who came bearing gifts–donations of food and other necessities for the monks and the less fortunate of Chonburi. Soon after the consummation of the King-praising ceremonies, there appeared 39 local monks swathed in a cocoon of orange drapery. With stoic expressions, they walked in a procession around the school, held out their tin bowls in humility. 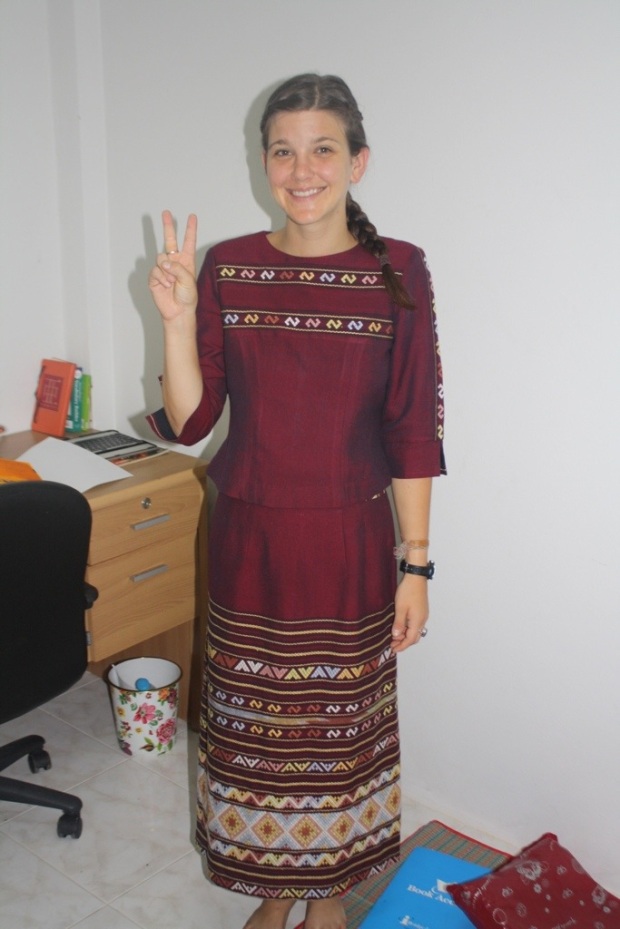 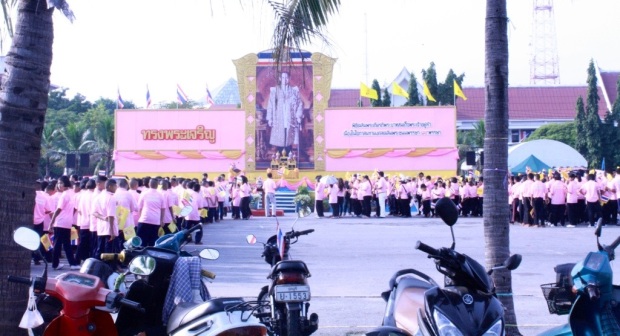 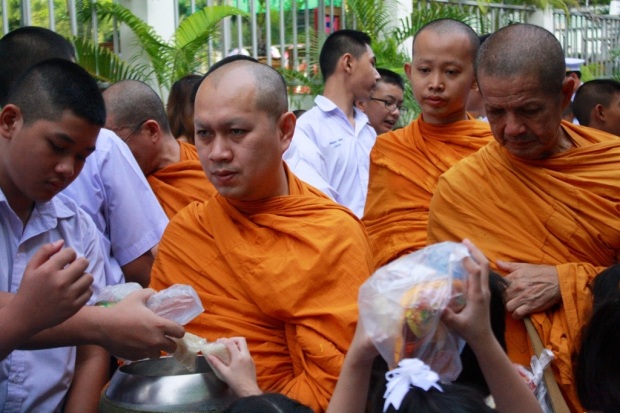 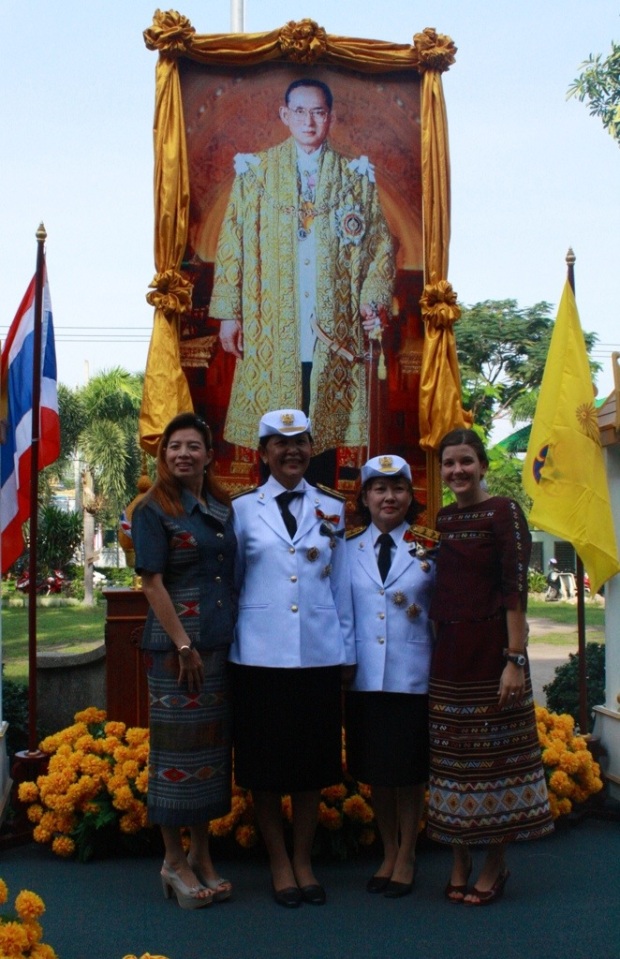