Looking back on Wednesday, October 10th:

We spent the day, enraptured, amongst creatures of monolithic majesty. On a 2,000 acre preserve of land in the mountains just north of Chiang Mai, Mel and I, along with 30 others, volunteered at The Elephant Nature Park. The park is a sanctuary for abused and exploited elephants that have suffered at the hands of humans. After elephant labor for logging was banned in 1989, the animals were put to work in another field–tourism. The elephants work long days in the city, amongst cars and pollution, performing street shows, begging for money, and providing rides for tourists. The conditions in which they are maintained are abominable and less than ill-suited for creatures of this size and stature. But the most disconcerting of realities is the pahjaan process–a initiation tradition for all domesticated elephants in which mahouts (trainers, keepers) imprison the elephants in small quarters for three days, torturing them, whipping them, stabbing them with handmade spears. The cage the elephants are kept in is called a crusher, and appropriately so. The goal is to crush the elephants’ spirit. To make them fearful, obedient, submissive. Only after enduring this process are elephants allowed to work for their new masters. These domesticated animals, though drastically decreasing in numbers, are not considered endangered by the Thai government. Domesticated elephants, unlike their wild brothers and sisters, are considered livestock and are, thus, not entitled to governmental protection. After becoming aware of the alarming plight of Asian elephants, a wonderful, inspiring woman named ‘Lek,’ decided to found The Elephant Nature Park, as a safe place for these animals to call home. Whenever she learns of an elephant in danger, she tries to buy them from their mahout and rescue them from suffering.

The stories of these elephants’ traumatic pasts were evident in the scars they bore. While falling in love with these 32 endearing creatures, we were educated on the travesties they endured. Broken legs, broken hips, broken toes that won’t heal from years of logging and tourist rides. Gouged out eyes that have gone blind because of one elephant’s refusal to obey orders, an enraged mahout with a stick. An ear with a hole the size of an orange made by a mahout wielding a hook-like spear (the elephant now wears a flower, her earring, in the hole). The stories of these animals’ suffering affected me suddenly and severely. It was overwhelming, intravenous. In their presence, I was swept with conflicting emotion. I could feel a maternal instinct to protect and to nuture swelling in me. We spent the day respecting and interacting–but not interfering–with the elephants: feeding them, bathing them, admiring them as they roamed freely. Their simple existence inspired a love in me that will, I’m sure, remain unmatched for years to come. 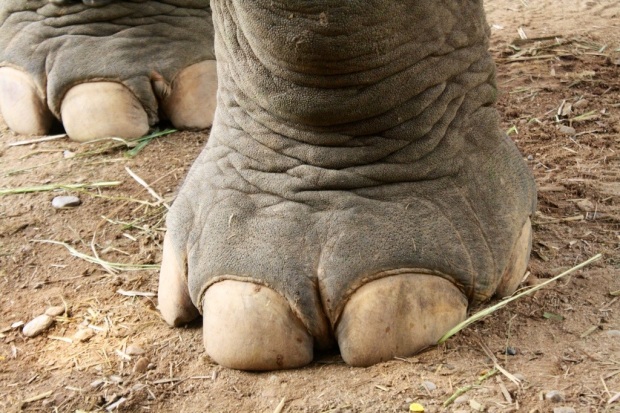 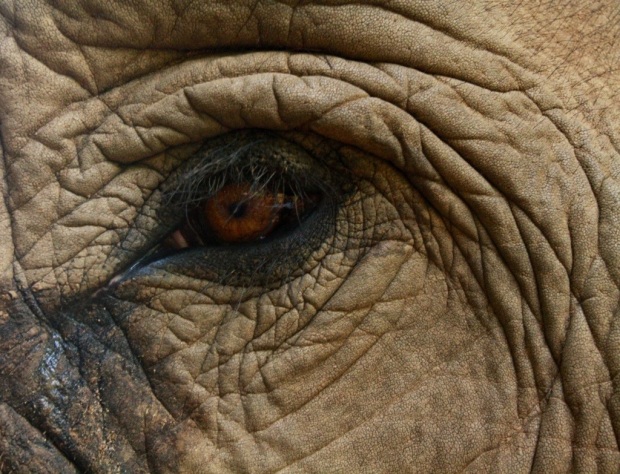 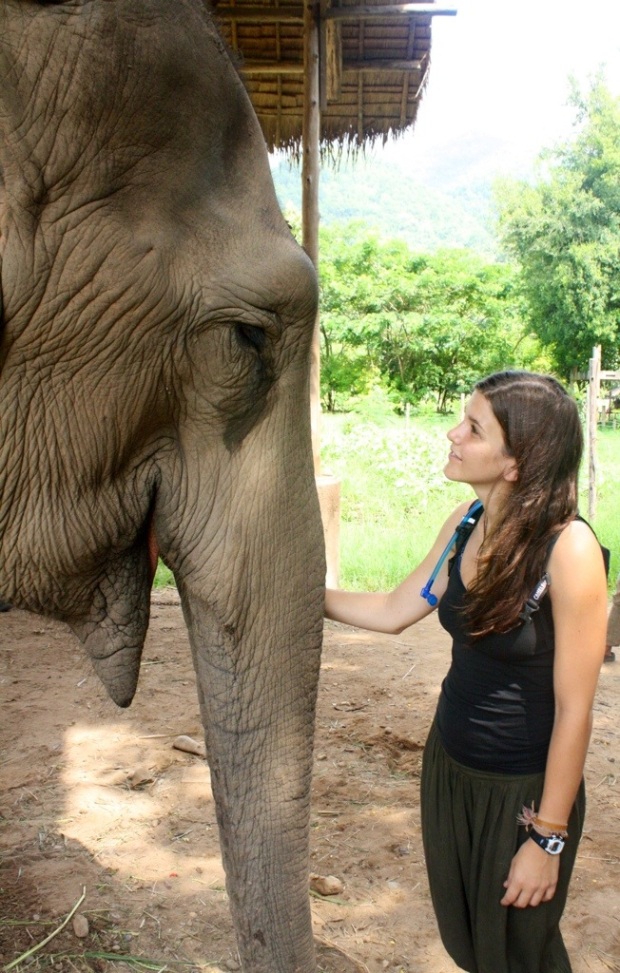 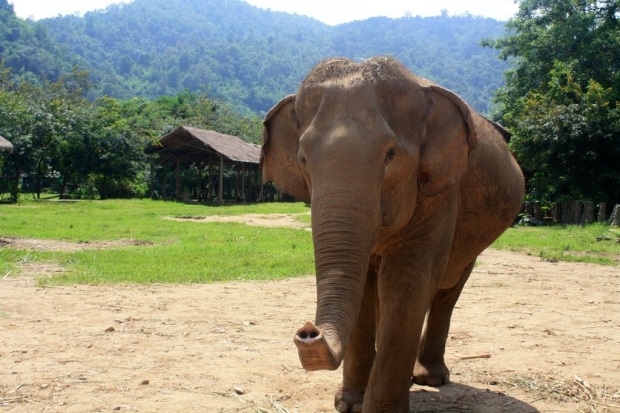 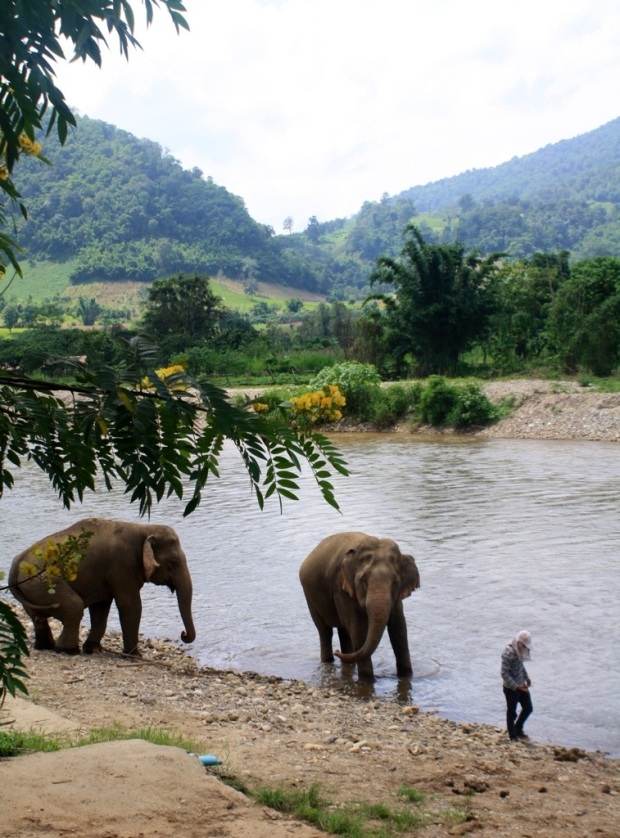 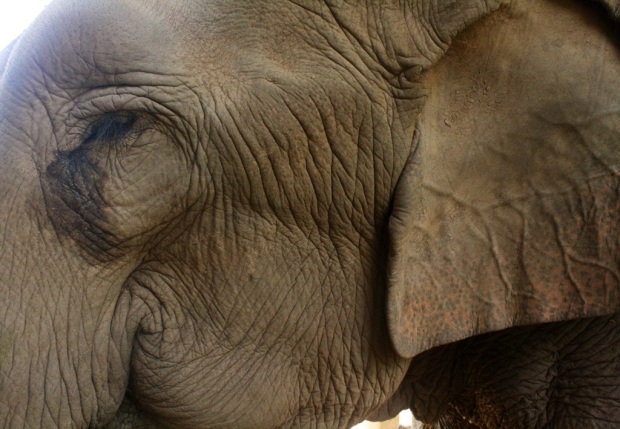 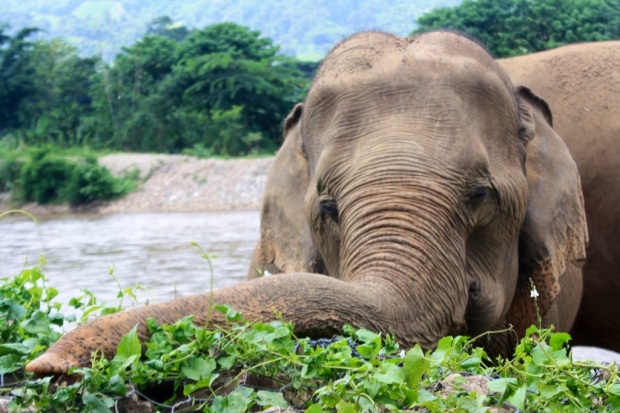 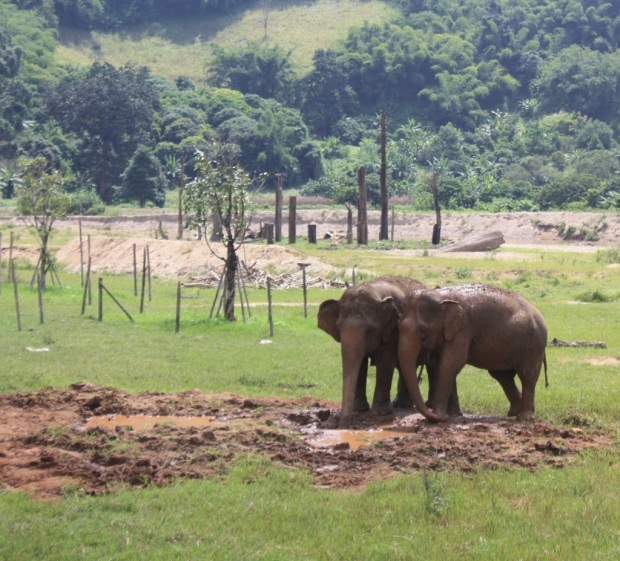 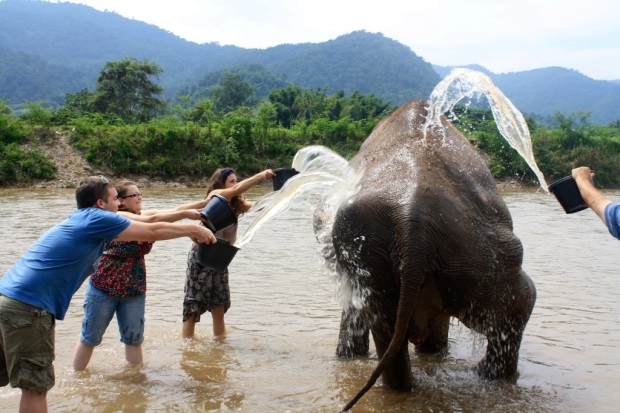 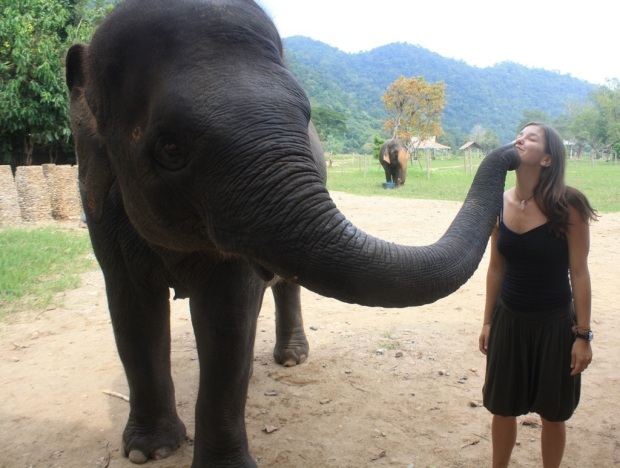 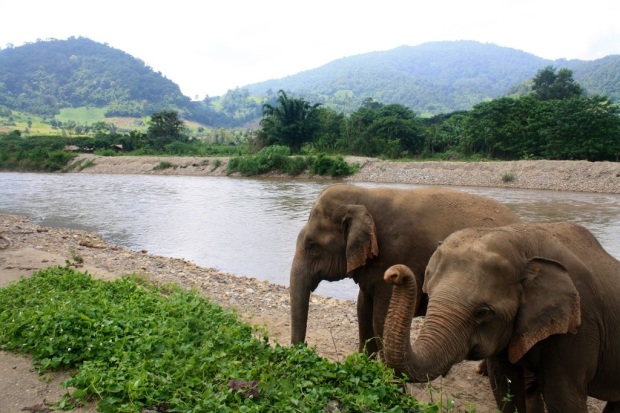 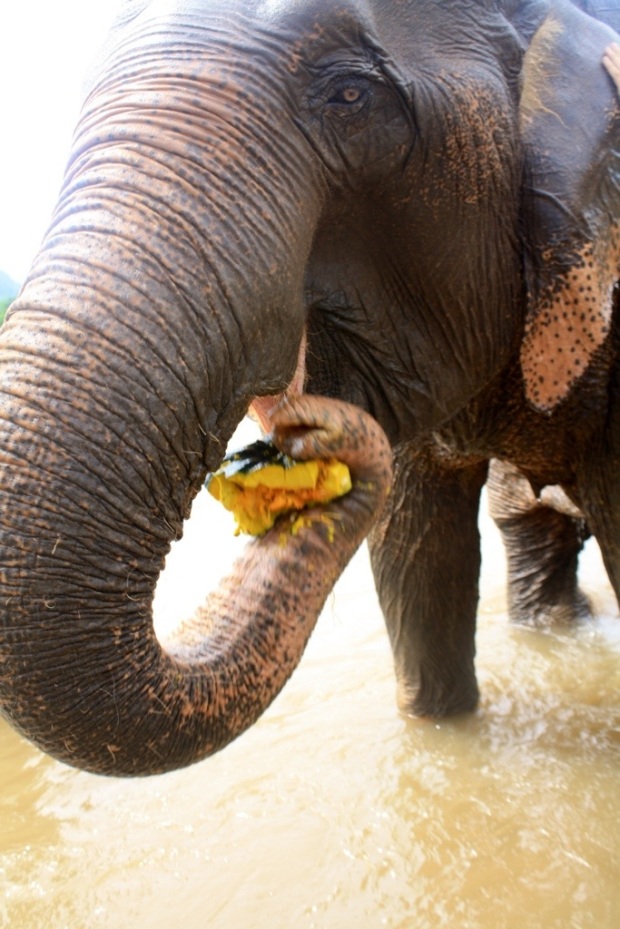 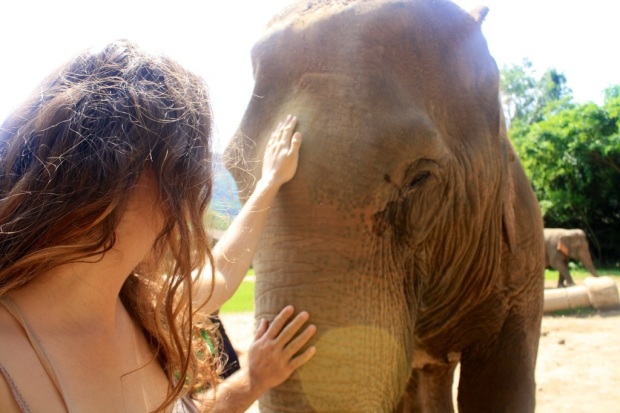 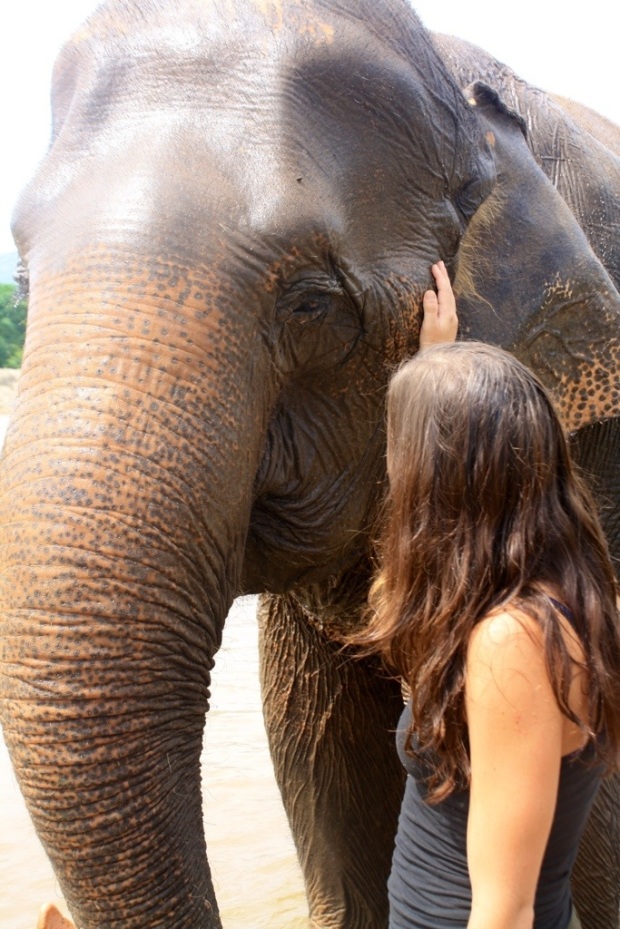 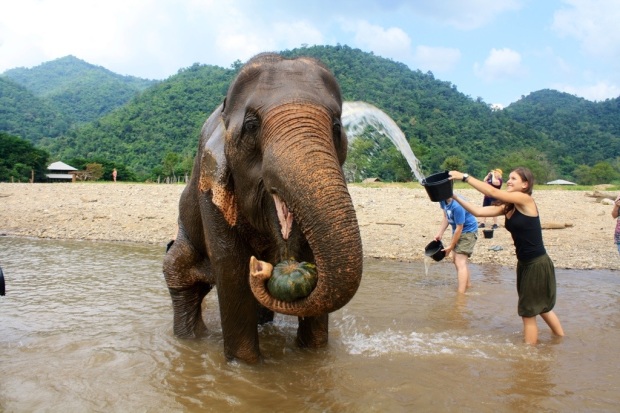 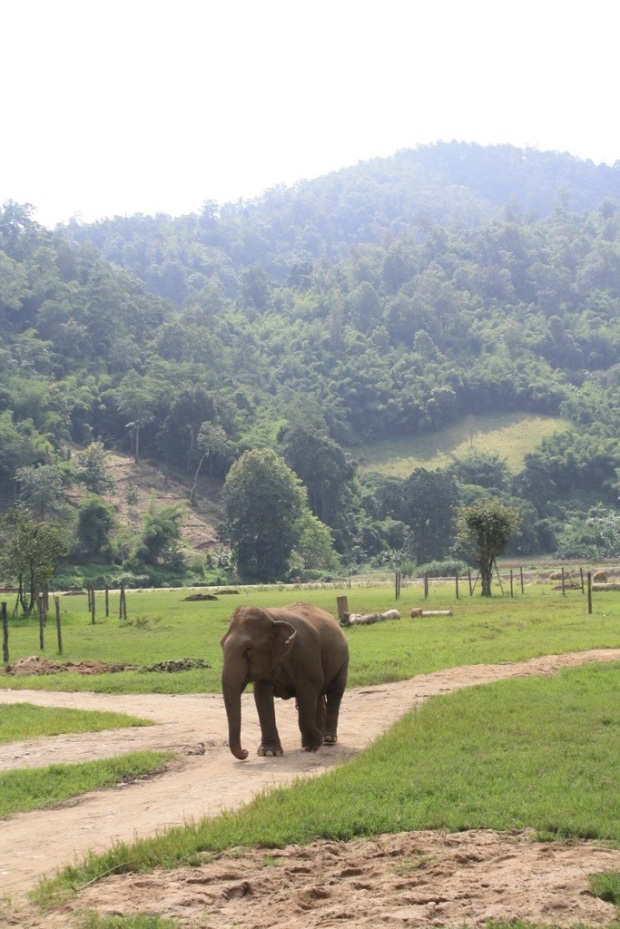